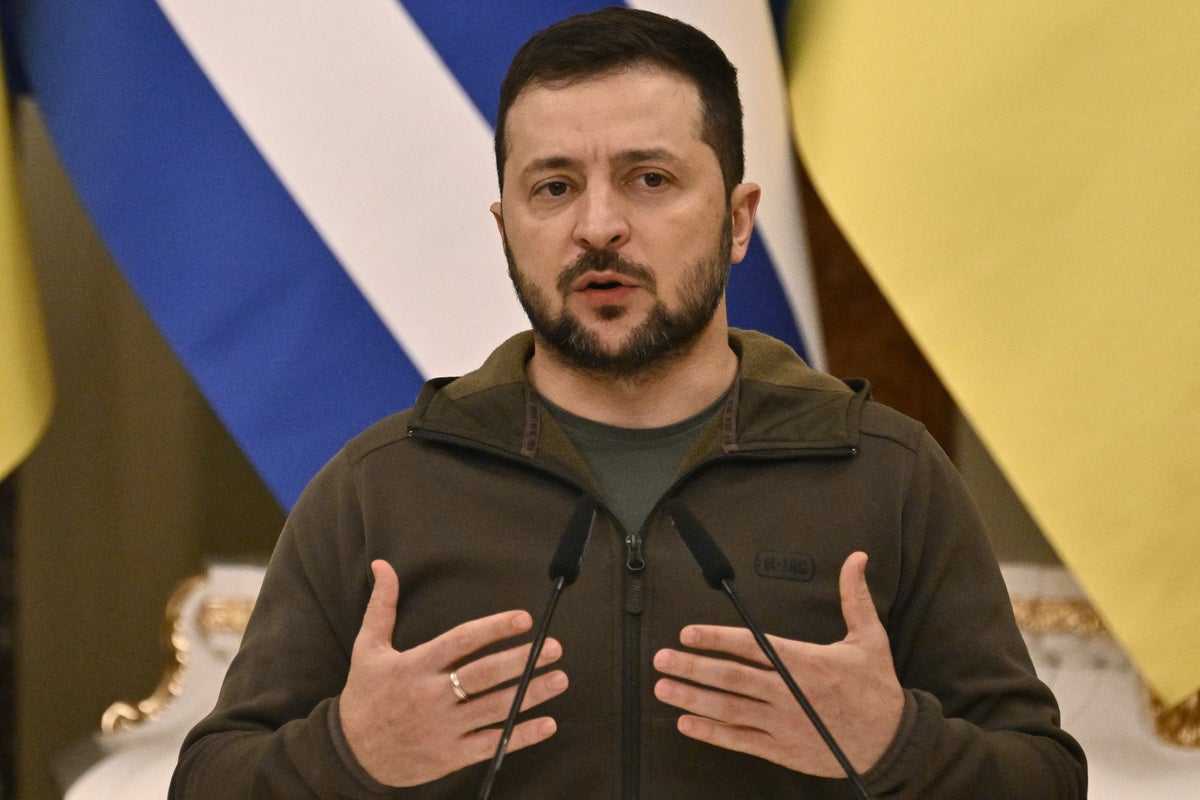 Volodymyr Zelensky hit out against Russia’s “formula of terror” after Ukraine was battered with over 70 missiles in just one day.

The Ukrainian president appealed to the United Nations to take action against Vladimir Putin’s strategy of wiping out vital energy infrustaructure, leaving Ukrainians freezing and without power this winter.

“Today is just one day but we have received 70 missiles. That’s the Russian formula of terror,” Zelensky said via video link to the council chamber in New York.

Hospitals, schools, transport infrastructure and residential areas had also all been hit by Russian strikes.

Ukraine is waiting to see “a very firm reaction” to Wednesday’s air strikes from the world, he added, also calling for Russia to be denied a vote on any decision concerning its actions.

“We cannot be hostage to one international terrorist,” he said. “Russia is doing everything to make an energy generator a more powerful tool than the UN Charter.”

Linda Thomas-Greenfield, US ambassador to the UN, said Putin was “clearly weaponising winter to inflict immense suffering on the Ukrainian people.”

The Russian president “will try to freeze the country into submission,” she added.

Russia‘s UN ambassador, Vasily Nebenzya, responded by complaining that it was against council rules for Zelensky to appear via video, and rejected what he called “reckless threats and ultimatums” by Ukraine and its supporters in the West.

Nebenzya said damage to Ukraine‘s infrastructure was caused by missiles fired by air defense systems that crashed into civilian areas after being fired at Russia‘s missiles, and called on the West to stop providing Ukraine with air defense missiles.

The council is unlikely to take any action in response to the appeal since Russia is a member with veto power.

Meanwhile, Ukraine continues to suffer as more than two thirds of the Ukrainian capital was still without power on Thursday morning and a swathe of residents had no running water following Wednesday’s mass strikes.

Energy minister German Galushchenko said three nuclear power stations that were switched off because of the attacks on Wednesday were expected to be back on line later on Thursday, and this would help ease supply problems.

“The situation is difficult throughout the country,” he said in televised comments, adding that power generation would gradually increase throughout the day.

Neighbouring country Moldova said it was also suffering “massive blackouts” as Russian air strikes on Ukraine had impacted on its energy supplies.